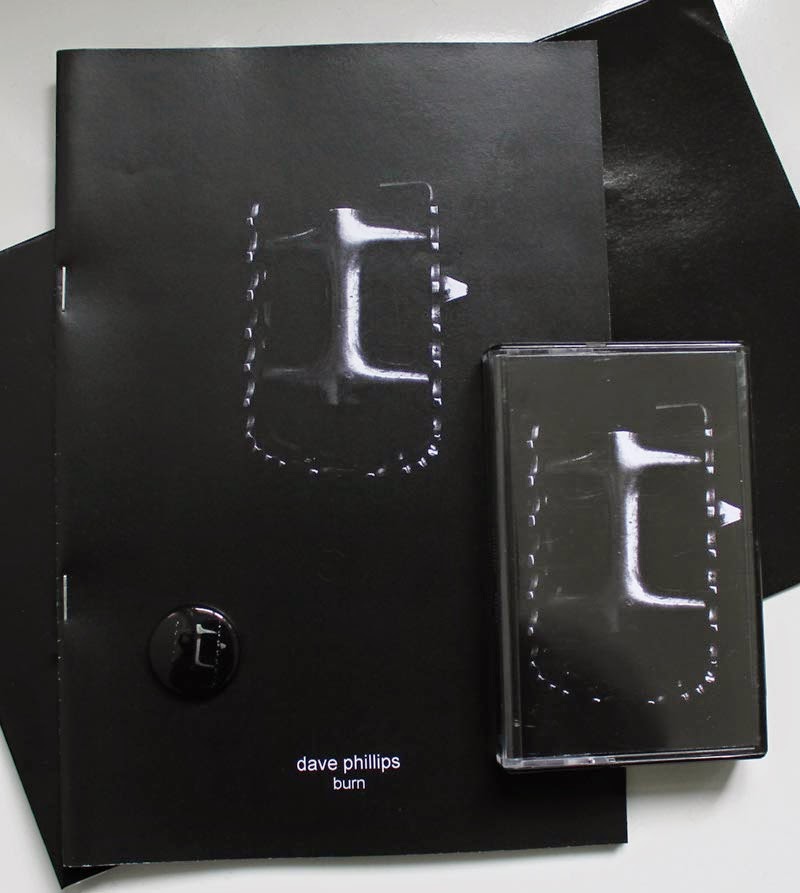 "burn" addresses mobility and comes with a 25-mm badge, an A5 booklet featuring a text by Benedikt Loderer and is packaged in a handmade black bag. Composed in early 2014 side A's "exercise your demons" is riotous, fast-paced and frenzied and an eye-winking celebration of ambiguity. Side B's "walk out" is a pensive piece for piano and female voices in uncomfortable rhythmic structures featuring a recording made in hiroshima's peace park. these two pieces are dedicated in loving memory to Zbigniew Karkowski. edition of 60.

Active since 2001, the Gothenburg-based unit BARRIKAD developed a very personal approach to harsh/industrial noise throughout enlightened excursions into semiotics and philosophy as well as showing his attachment for left-wing ideology and activism filtered by a genuine crust/HC attitude. Every track from his discography sounds like a statement.
This CD-retrospective is the best overlook on his music: a collection of 10 tracks ripped off from selected works he released in the years on great labels such as Segerhuva, Freak Animal, Peripheral, Nil by Mouth and Phage Tapes among others. Pro-CDr, 2-panel slim-digipack in edition of 100, comes with a 25mm badge. 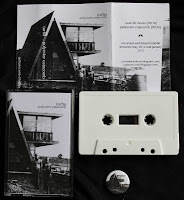 Torba is the solo project of Mauro Diciocia, an italian noisemaker based in Berlin, Germany and head of Aaltra Records.
His sound is a crude collage of tape loops, hums and crackings, walls of noise, audible insalubrity, odd found-sounds and other crusty textures.
"Polyester Catacomb" is a sort of concept-tape about the wreckage of domestic relationships. Some of the fields recordings contained in the tracks were captured in abandoned houses or collapsing buildings to emphasize the social entropy theme through the sound documentation of the decline and destruction of the symbol par excellence of the modern family: the house.
Recorded between may 2012 and january 2013 manipulating tape-loops and field-recording as well as handmade oscillators, contact microphones and circuit bent radios, this two tracks offer a gloomy journey through frustration and collapse.
Limited to 50 copies, J-card on glossy paper, this tape comes with a 25mm badge. 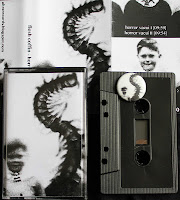 Andreas Brandal is the name behind Flesh Coffin. Active since almost two decades into the experimental/noise scene, he released a huge amount of tapes, vinyls and CDs under his real name or collaborating with other musicians/sound artists in projects such as House of Bats, KRAFFT, Drevne Bolesti, Men of Science or Uvesen.
Flesh Coffin is the most usual moniker he's using in the last years to sign his solo-releases, aside from his real name.
"Horror Vacui"  was recorded  in early 2012, using tape loops, field recordings, analog and digital synths and various homemade sound-equipment.
This 20 minutes composition focuses on broken loops and muddy drones to conjure a more creepy and gloomy mood, rather than the harsh noise cut-up/junk metal attack common on most Flesh Coffin releases.
Andreas fill up this tape with intense soundscapes flavored by a genuine lo-fi inclination and dark but striking atmospheres as only a scandinavian's heart can do. Limited to 50 copies, J-card on glossy paper, this tape comes with a 25mm badge. 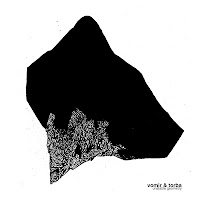 You could argue that Vomir's method represents the very pinnacle of industrial music. Reading through Romain Perrot's interviews, you get a rather curious picture of his character as well as his recording process -- he is this diligent, principled guy who spends a lot of his free time sitting at home, daisy-chaining his arsenal of noise generators and effects pedals. When some fledgling noise label asks him for a release, he adjusts the dials on his mixer, hits record and then lets it run until the requested duration has elapsed. It's a simple, production-oriented approach to noise -- and the HNW scene is really all about product; without their physical forms, the releases are basically interchangeable. The artist need not even be in the room while the recording takes place, the gruntwork of the process largely performed by machines. What else could be more industrial? And yet, despite this, there is something unusually satisfying about digging into a record like this, exploring the minor nuances of the noise, and attempting to immerse oneself in the sound. Fortunately, Vomir's work tends towards the low, rumbly side of the sound spectrum, a sweet spot that is ably isolating without being blistering. Berlin's Torba, head of Aaltra Records (one of six labels involved in this release) -- and a prolific noisester in his own right -- matches Perrot adeptly here. A-side "Unstable Geometry" subsists on a steady, bass-heavy rumble that rattles the viscera sumptuously. It is steady and asphixiating, a menacing boulder of a track that epitomizes what I like most about the genre. Meanwhile, the B-side, "Corps-Sans-Organes" is more overtly abrasive, dropping something shaky and unstable into a harsh wind of steady noise. The composition sounds like a recording from the middle of a hurricane, the doors and window panes of some unfortunate house flapping precariously amidst the torrent. Overall, like the finest work the HNW scene has to offer, Unstable Geometry is alienating, absurd, and generally pulverizing. [MT/Vital Weekly]